Gifts from the Heart

Probably the hardest gifts to buy are for teenagers; our own teens are hard to buy for and other teens outside of the immediate family are downright impossible. I have been buying gifts for my nieces and nephews all of their lives and it was fairly easy when they were young. All you had to do was ask when they were little and if you could not do that then looking up favorite toys for girls/boys in a certain age group was a breeze. They all loved the same things and wanted what their friends had. It is not much different with teens except that even if it is cool nine times out of ten if you pick it out it suddenly becomes lame. 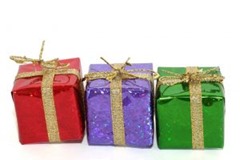 If I am given specific instructions then I can follow them, mostly I have found that their tastes get too expensive as teens for an aunt to even approach buying. Generally I just resort to sending money for the older ones but sometimes I get to do something special, especially for the early teen years. You know the time, before they get into a vehicle of their own and are forced to be toted around by an adult.

This past week my nephew came to visit me and he is turning fourteen this month. He is somewhere between still loving G.I. Joe action figures and cruising for girls in the mall. I thought about going and getting him something or picking up a gift certificate but my mom came down sick and was in the hospital so plans had to change. Here he was and no gift. The hospital my mom was in was about twenty-five minutes from home and we went right past a mall so I made a last minute decision which turned out beautifully. I asked my nephew to ride along with me to the hospital and we left a couple hours earlier then the rest of the family.

After we got into the car I asked him if he wanted to head to the toy store or the mall. He gave me a look that could have turned me into stone and told me that he was no longer a child. The mall it was. I had come armed with a coupon for one of the department stores since it was back to school days pretty much all of them were sending out coupons and putting on sales. But of course he did not want to go to a department store. He wanted to go to some of those “hip” (is that still used?) teen shops out in the mall so I agreed. We looked them up on the mall map and off we went.

Before walking into one of these stores he asked me if I had ever been in there before. Yes, because I have a twenty-one year old son I had. If you are easily shocked or your nerves are not up to very weird and extremely loud music then this is not the store for you. We looked around a bit but everything he wanted was high dollar. I talked to him outside for a minute and I told him he could have one thing in these stores or we could go to the department store and get several things. He thought it over and decided to go check out the department store.

When we got into the department store we found some of those graphic tees the kids like so much and they were having a great sale so he picked up three. Then we picked up some great looking shorts and found a “normal” shirt he liked. He even found a pair of athletic shoes he liked a lot! We had a great time laughing at the shirts and then he moaned quite a bit but followed me to look at some of the other racks, which he did find things he liked on! He was happy as a clam as we made our way out of the store. This was especially fun for him I think because his momma passed away three years ago and his three brothers and sisters are older and out of the house. It is just him and dad at home and dad does not have much time or the inclination to take him on a shopping trip like this. I am pretty sure his dad shops for him and I know my brother; he is on a mission, not a shopping trip. I was tickled to get to perhaps fill a little of the void from the loss of his momma.

After shopping we went outfor a milkshake and like most fourteen year old boys he is a bottomless pit! We again had a great time and then headed for the hospital. We picked up a map of the hospital on the way in and he had a great time leading me to the right room and visiting with Grandma. (I had been there once late in the evening when she was admitted but I have terrible directional senses!) Then as everyone else showed up over the next couple hours he was delighted that he could go find them and show them how to get to the room, the cafeteria, restrooms, or whatever!

My oldest girl is twenty-eight and she left the hospital early with her boyfriend and they had gotten home and made my nephew a cake. They had it sitting out on the table with the candles all ready to go. He was so excited! That is another thing that he does not get too much of, homemade birthday cakes! His older sister does sometimes make one for him and she tries to make up for the early loss of his momma as well but I was so tickled that we were able to do this for him.

My nieces and nephews all used to live close to us but now have moved away. They moved when they were very young which was difficult because I was doing my best to be the best aunt that I could be when they lived close by. I wanted them to have another adult in their lives because I know that sometimes it is easier to talk about sensitive things with an adult who is not a parent. I had an uncle who spent time with me as a child and he already had his own children at home. It was so special to have someone care about you like that on a day to day basis and not just at family reunions and holidays. My uncle showed up when I was sick and invited me to go on jobs with him. He was a contractor and sometimes the jobs were in interesting places. One time we went out in the country to an older couple’s home because they needed some work done. They fed the wildlife around their home and while I waiting on my uncle I saw deer, squirrels, raccoons, all kinds of birds, and other animals that walked up freely. We had a marvelous time singing songs and talking on the way there and back as well. What a blessed memory!

So when they left town I made a point of talking to each one of them on the phone when I called and asking them all about their lives. I also made a point of sending tiny care packages to them on all the little holidays like Valentines Day, Easter, Halloween, and of course their birthdays. I would make up small gift bags for each one of them on the holidays and even when it was only one of their birthdays I would always send a little “party” bag to the rest of them. They loved to see those packages coming!When they are small it is not so much the cost of the gifts as getting the surprises that the gifts hold. And when they get older money is fine but when you can make it a special time between you and the child it is oh so much more memorable and has the power to bond and perhaps heal as well.

I am so thankful that I had this opportunity to spend time with my nephew. We laughed, we talked, we shopped, and we snacked together and it was all his time. He definitely knows that I love him and it is not just a remote and distant relative sending a card with money. It is up close and personal and I just loved doing it and had a great time with him!

All of my nieces and nephews feel free to call me up now that they have gotten older and ask for advice or just talk. It is especially true for the four who have lost their mother. When a crises arises, especially with the girls (only because guys pretend they do not have crises), they call me and ask me what I think or sometimes just want to talk it over. I am tickled and sometimes overwhelmed but I thank God for the opportunity to give them some godly advice.

Next time you have even a small window of opportunity to spend time with any child, your own included, doing something unexpected and light hearted just for them I would urge you to take it. They may think it strange at first but more than likely they will hold it in their heart for a long time and so will you.

This post is contributed by Linda Bailey from housekeeping.org. She is a Texas-based writer who loves to write on the topics of housekeeping, green living, home décor, and more. She welcomes your comments which can be sent to b.lindahousekeeping @ gmail.com.

What to Buy the Woman Who Has Everything

Manly Gifts for the Manly Man