A Brief History of Cards: From Handmade to Online

Greetings cards have gone through major changes over the past hundred years, but still fulfill the same role, whether sent by hand, or produced online. From Christmases through to birthdays and Valentine’s Day, greetings cards are the default option for occasions, and provide opportunities for personalisation. While traditional card shops like Clintons and Birthdays are facing closure and administration, a problem developed by stamp price rises, online card stores are offering alternative ways to keep up sending cards. Below is a brief history of how cards have developed from handmade to online forms:

Early greetings cards were reportedly exchanged in Ancient China as part of the celebration of Chinese New Year, and were designed and painted by hand. The Ancient Egyptians were also believed to have given cards for special occasions by using papyrus. Evidence of handmade cards being given as part of woodcuts and scrolls can be found in Europe in the medieval era, and were an important part of local customs and folk culture.

The mid 19th century expansion of commercial publishing and the Industrial Revolution helped make greetings cards into a national and international industry. In the UK, lower national postage rates also enabled easier, low cost sending of cards, and businesses flourished to meet demand with high quality illustrated cards for different occasions. Meanwhile, in the United States, Louis Prang used lithography to manufacture premium cards in the 1870s, and helped drive what was a thriving market by the early 20th century.

In the post WWI era, the market for greetings cards had opened out to include more elaborate printing techniques and designs, and had become an established industry with an international reach. Colour lithography helped produce more complex designs, while the sending of cards during WWI and WWII made cheap card distribution much easier.

A market for rude cards expanded in the United States in the 1950s, as studio cards, which were taller and included a humorous joke and cartoon, became popular. These cards were less tied to particular occasions, and proved popular with teenagers and college students. Early pioneers of the form were designers like Rosalind Welcher and Bill Box, as well as Nettie Caroll and Joel Beck.

Cards were a well established and lucrative international business by the latter half of the 20th century, and were dominated by companies like Hallmark Greetings Cards. Founded in Missouri in 1910 by salesman Joyce C. Hall, the company expanded to become Hallmark in 1928, and established the slogan ‘when you care enough to send the very best’ to market its cards. Hallmark later monopolised the card business by buying up shopping malls, sponsoring television shows, and diversifying into everything from school equipment to music and films.

The rise of online cards has not been overnight, but developed from experiments in exchanging e-cards by email in 1994. E-cards sent for Christmas and birthdays became a low cost novelty, with companies building revenue from advertising. More recently, e-cards have been joined by online retailers that have been able to offer deep discounts compared to retail stores, as well as the opportunity to personalise templates for various cards.

Lily Fox is a greetings card designer – collaborating with the innovation team at Scribbler Holdings – experts in personalised cards UK.

Six Ideal Gifts for a Guy with Everything 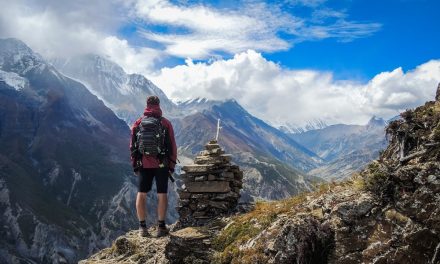 Funny And Appropriate Gag Gifts You Can Give To Anyone