Is your anniversary here again? Don’t know what to buy your better half? Maybe the anniversary gift guide can help. The guide has been updated with a few gift ideas to make your shopping a little easier. 1st Anniversary- The first anniversary is the year of paper. Paper gifts are not as boring as one may think. It can be as simple as a handwritten poem or as lavish as an airline ticket. 2nd Anniversary
The second anniversary is cotton. A good cotton gift is clothing. Personalizing it makes it even more special. Nowadays you can personalize just about anything.

3rd Anniversary- The third anniversary gift is leather. Wallets and purses are nice leather gifts. There are also tins of leather items that can be personalized as well. (Ex. Personalized leather bracelets or briefcases)

7th Anniversary- Depending on who you ask, the seven year anniversary is either copper or wool. Cooper gifts include vases and bowls. Wool gifts include sweaters and scarves.

8th Anniversary- Bronze is the eighth anniversary gift. Bronze gifts can be anything from a candleholder or vase to a trinket or memorable keepsake being bronzed.

9th Anniversary- Pottery is the ninth anniversary. Sculptures, vases and bowls are the most common of these gifts. A great gift idea would be to enjoy a pottery class together.

10th Anniversary- Tin or Aluminum is the gifts for 10 years of bliss. Jewelry boxes or tin gift containers filled with goodies make great tin/aluminum gifts. Gift basket containers would be a great to incorporate tin or aluminum.

11th Anniversary- Eleven years of marriage equal a gift of Steel. Gifts can be anything from a stainless steel watch or pendant to stainless kitchen appliances.

12th Anniversary- Silk is the twelfth anniversary gift. Silk pajamas and sheets are a wonderful gift. Robes and clothing are also great.

13th Anniversary- The thirteenth anniversary is that of Lace. This anniversary gift’s element is more for the ladies. Lace table linens, hankies and nightgowns are wonderful gifts of lace.

14th Anniversary- Ivory is the gift fourteen years of marriage. Imagination is important for this gift giving year. An ivory broche is a worldly gift for your wife and if your husband is open to anything, try an ivory elephant tusk. Not likely huh? How about Ivory soap? At least I tried.

15th Anniversary Fifteen years of wedded bliss earn you Crystal. Swarovski Crystals set in a pendant, watch or other piece of jewelry is a nice idea. For the simple folk, a crystal vase or personalized champagne flutes add that touch of romance.

30th Anniversary- Pearl is the gift of a thirty year anniversary. Pearls can be given as a necklace or placed in a ring.

35th Anniversary- Coral or Jade is the gifts for this anniversary. You can find coral gifts such as vases, sculptures, trays or games made or coral. Jade gifts are usually jewelry like bracelets and earrings.

40th Anniversary- The fortieth year anniversary gift is Ruby. Like many of the gifts, jewelry is a good gift.

50th Anniversary- The Golden Anniversary is among one of the well known. Gold gifts can be anything from jewelry to golden vases, cups, frames, figurines and other trinkets.

55th Anniversary- Emeralds are the gifts of this year. Jewelry is a common gift.

60th Anniversary- Sixty years of being married most certainly deserves Diamonds. What could be better than diamond jewelry?

65th Anniversary- Blue Sapphires are the gifts of this year. Once again jewelry is appropriate it’s deserved!

75th Anniversary- Once again Diamond is the gift of choice. After seventy five years of marriage, it is most certainly deserving. Best gift Jewelry!

80th Anniversary- Oak represents eighty years of marriage. If you have been married eighty years than you marriage is stronger than oak. Nevertheless a fantastic oak gift is Oak Home! If you can’t afford it, there are tons of handmade oak gifts such as furniture, wall shelves and many more. 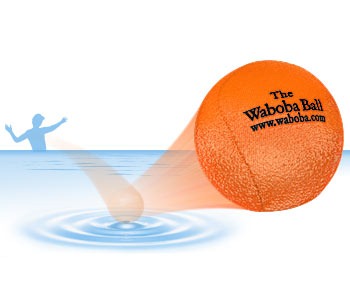 Gift Ideas When Travelling on Holiday This Year