5 Most Important Games in Console History

The video game industry makes billions of dollars every single year, and at the forefront of this industry is the gaming console. Console games have been around for dozens of years, but they did not become a marketable and profitable household item until the 1990s. The success of consoles often comes down to the amazing games that accompany them and these games can become more popular than the consoles themselves. Here is a look at 5 of the most important console games that have ever been created and how much of an impact they have had on society.

There have been very few titles within this industry that are as controversial as Grand Theft Auto. This company has released a long list of games, but very few came under the scrutiny that Grand Theft Auto IV endured. As many parties clamored to get violent games pulled from shelves this game shot up in popularity. Players can explore a free-roaming world in which they are a key component of a gritty criminal enterprise.

All of the Nintendo consoles have been as success in their own right, but many consider the N64 to be the final rung of the ladder, pushing gaming into the mainstream. One of the flagship games of this system was GoldenEye 007, a definitive first-person-shooter that changed console games forever.

Legend of Zelda: Ocarina of Time

Compared to modern games, Legend of Zelda: Ocarina of Time lacked some of the graphics and expansive gameworlds that individuals enjoy today. This game was revolutionary for its period, however, and it spawned an entire generation of gamers. The 3D free-roaming world set the stage for countless games in the future.

Breaking almost every record for sales, the Halo series of games is unparalleled when it comes to the sheer magnitude and scope of this industry. This beautiful game is set well into the future as humans fight a slew of aliens in order to preserve the human race. Those interested in the most recent addition of this game should check out the Halo 4 review by IGN.

The final piece of the puzzle is Super Mario Bros 3. This franchise is synonymous with console gaming and many attribute Nintendo’s success to this single game. Super Mario Bros 3 blended the simplistic and enjoyable gameplay with smoother graphics and a linear storyline that anyone could enjoy.

A gift idea for a technology lover 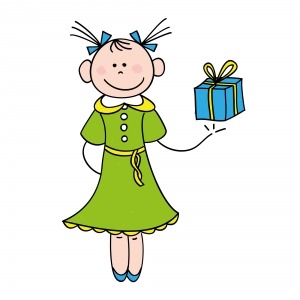