The Gift of Giving Flowers

Whether you are buying flowers online for a last minute birthday gift or carefully picking out a bouquet from your favourite florist, gift giving has an interesting psychology behind it. There are many reasons why society dictates that we need to buy a gift and there are also many reasons behind why we are motivated to do it.

Evolutionists have speculated that gift giving originated in the male species as a way of obtaining sex. And now-day’s men are more likely to be tactical in their reasons for offering a gift to a romantic partner. Men have a goal in mind. Their motives for giving can be to flaunt their resources, show their generosity or obtain sexual access to a woman.
Women are seemingly void of tactical motives when it comes to gift giving however this is most likely because they are unaware of the unconscious drive behind the act. Researchers stressed however that being tactical in gift giving behaviour does not always equal deceit. It is often a signal for genuine interest in a potential relationship or an expression of continued interest in the current partner.

Among several other mechanisms identified by evolutionary psychologists in the motivation behind gift giving, kin altruism, reciprocal altruism and mate selection are most relevant. It is possible that gift giving could have its origins in only one of those reasons and later extended to the other two. It’s also possible that gift giving actually started as food sharing in hunting and gathering societies.

Motives for gift giving today identified in recent University studies for Psychology and Marketing included reinforcing highly valued relationships, feelings of obligation or getting in the ‘good books’ with someone. In other words, there are two types of motivation for gift giving – selfless and self serving.

Our Unique Response to Flowers

Despite our motivations for gift giving today research has shown that giving flowers produces a powerful emotional response in the receiver that can last days. Writer, Michael Pollan once declared that flowers have a unique ability to, “unlock the mechanism in our brain governing pleasure, memory, and maybe even transcendence. The fragrant rose has the power to raise spirits, summon memories and even intoxicate”, Said Pollan. Despite the many known purposes of flowers, such as medicinal, fragrance and even food, most flowering plants that are cultivated for commercial sale today are produced specifically to provide sensory pleasure and emotional enjoyment.

The ‘Duchenne Smile’ is the scientific word for the type of smile that indicates an honest positive reaction to something. The Duchenne Smile is also known as ‘the true smile’ and is connected to changes in our brain chemistry. Studies on gift giving and giving the gift of flowers showed that people who receive flowers responded with the Duchenne smile 100% of the time. This was response was compared to their response when receiving other gifts such as candles or fruit and it was determined that among both men and women, flowers had a uniquely positive emotional effect.

The men and women who received flowers reported a decrease in anxiety, depression and stress over the next three days and increased cognitive functioning. The psychologists who ran the experiment received hugs, kisses, thank you cards, pictures, chocolates, and other gifts including money. They report that in all the years of social and psychological experimentation they have never received gifts.

So next time you are motivated to give a gift, for whatever reason, you can be confident that flowers will have the desired effect on the lucky recipient.

13 Unique Party Gifts for The Bride-to-Be

Do It Yourself Gifts for All Occasions 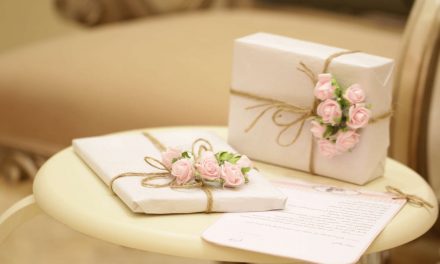 Amazing Birthday Gift Ideas for Her